END_OF_DOCUMENT_TOKEN_TO_BE_REPLACED

Searching for Havana: An Ice Cream Parlor, A Dive Bar, and Streets That Stink of Onions

It is a typically rainy night in Havana. Taka and I linger near the doorway, out of the rain, of Hotel Sevilla – one of those grand, colonial buildings that Cuba is known for – as Lori, a smartly-dressed young Cuban woman, asks the doormen to direct us to the dining room. Her friends will be performing opera songs for the dinner crowd this evening.

We had thought that her asking would be the easiest way, her being a native speaker, a local, and much more respectable looking compared to my and Taka’s look of general haggardness. But the doormen are rude and dismissive towards her. It seems that they only reluctantly admit her to the hotel, the lobby decorated in a fashion fit for nobility; or, in this case, for foreign tourists. END_OF_DOCUMENT_TOKEN_TO_BE_REPLACED 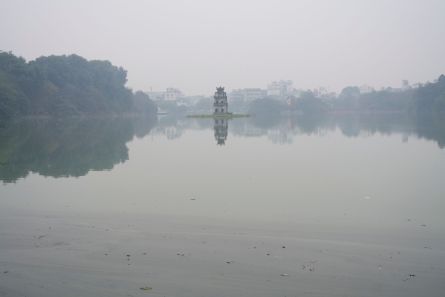